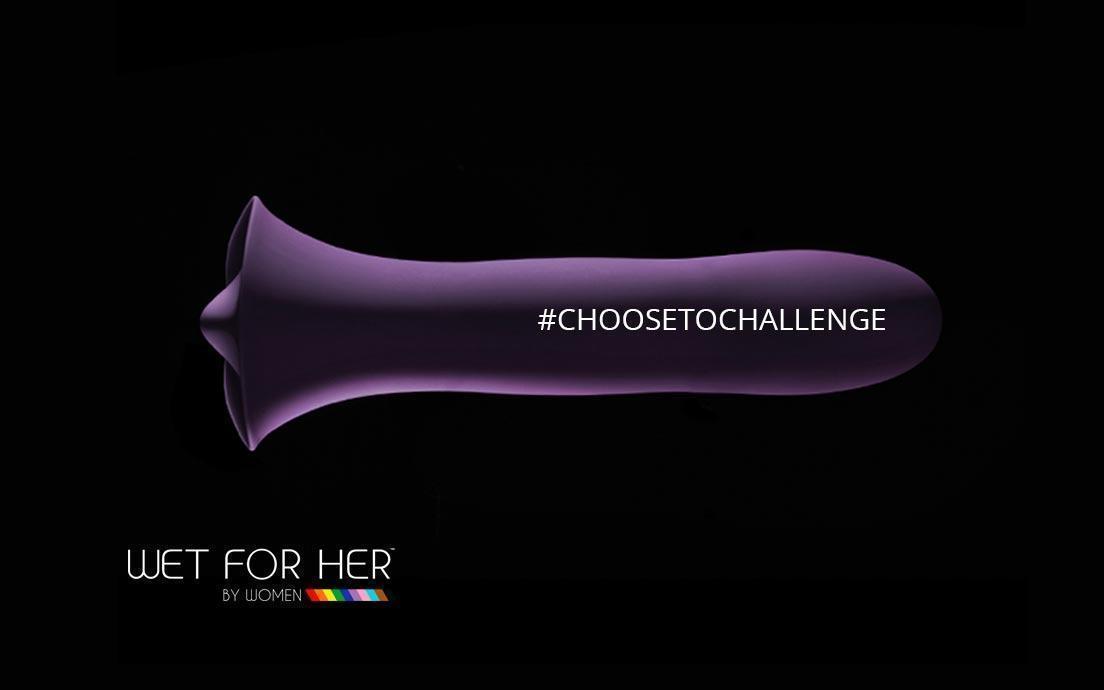 March 8th is International Women’s Day and this year’s #ChooseToChallenge theme highlights ways we can all raise awareness about gender equity. By challenging the stereotypes of the status quo and amplifying the voices of female leaders, we can all help co-build a gender-equal future.

As a female-founded company that centers women’s pleasure, we like to think Wet For Her embodies the spirit of International Women’s Day all year round. After all, challenging stereotypes about lesbian sex and female pleasure is core to what we do. Still, this March we want to take a moment to reflect on the Wet For Her mission and how we’ve evolved over the years.

Wet For Her is a safe space to shop online for amazing, body-safe toys made for queer women. When Alice launched the company in 2009 her goal wasn’t just to sell sex toys, but to design them. The sex toy industry at the time lacked female toy designers and it showed in the designs themselves. The few toys made for women were almost entirely focused on heterosexual couples. Female pleasure, let alone pleasure between two women, seemed an afterthought across the industry. By failing to center lesbians in the design, the toys that were available continued to echo the stereotypes held by men about lesbian sex.

Wet For Her's flagship toy, the TWO Finger Extender, was an instant success due to its clever, ergonomic design. Its pleasurable contours continue to hit the mark with our customers today, as it remains a popular favorite. The Finger Extender was only the beginning, and now over ten years later the Wet For Her line has expanded to include seven signature toys. The toys range from the RockHer, a scissoring mini-vibrator, to the Union wearable double-dildo for those who favor dual penetration.

Alice created a finger sizing guide for all the toys she designed based on the toy’s insertable girth measured between two and four fingers. The finger size guide is just one of the many ways the Wet For Her products are all anchored to the intuitive experience of queer women.

While the sex toy industry has definitely evolved since 2009, many of the original issues persist. There have been great strides in sex-tech aimed at women’s pleasure in general, but still relatively few companies center lesbians specifically. The sex industry is growing more inclusive to fluid genders and sexualities, which means sometimes the lesbian community can get lost in the greater landscape of queer identities. Wet For Her’s toys are designed and tested (extensively) by lesbians. It’s what we do, and we’re good at it. Our continued success and customer feedback have shown we’re tapped into a community that wants recognition.

We want the Wet For Her store to feel safe for everyone. As far as orgasms go, the more the merrier! Over the years our product offerings have expanded to be more inclusive to trans and nonbinary folks across the broader LGBTQ community. Our gender-affirming products include packers, STP's, binders, and harnesses. But we remain true to our guiding principle of prioritizing the lesbian experience in our signature toy designs. After generations as an afterthought, lesbian pleasure deserves to be explored and celebrated. Wet For Her is here to do both.