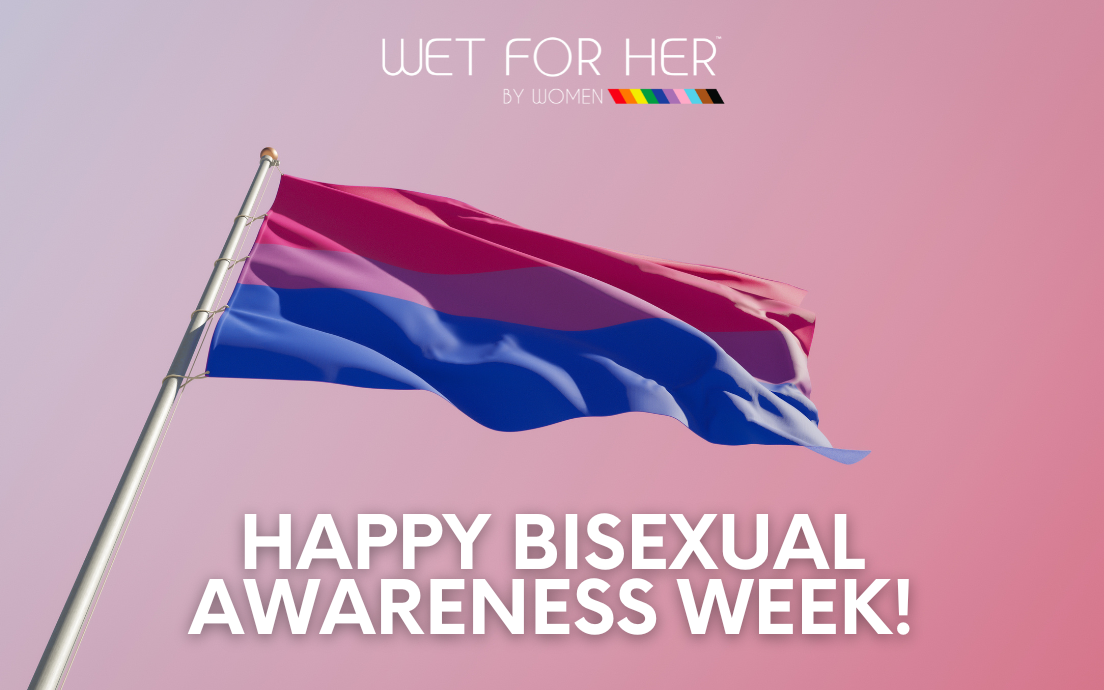 Did you know that every year from September 16-23, it is National Bisexual Awareness Week?

#BiWeek is a week-long celebration dedicated to the education and awareness of bisexual people and bi culture.

It is also an extension of Bi Visibility Day, celebrated annually on the last day of the awareness week, on September 23. So what exactly does it mean to be Bisexual?

As you may know, the "B" in LGBTQIA+ stands for "bisexual", and bisexuality actually encompasses so much of queer culture. Being bisexual means you are sexually attracted to two genders. Oftentimes, bisexuality is mistakenly portrayed as only being sexually attracted to the genders of male or female, when in reality, being bi means you can be attracted to any gender, not just cishet gender roles! You can be into men and trans men and still be bi. You can be into intersex folks and women and still be bi. The point is, to be bisexual, there are no requirements other than to be attracted to two genders!

Generally, the bi community has progressed past cis-heteronormativity and nowadays, people identify as bisexual however they choose. This has led to the creation of the term “bi umbrella,” which refers to a spectrum, or "umbrella"", that covers a wide range of identities and attractions. Just how there are thousands of ways to be straight, gay, lesbian, or asexual, there are many ways to be bisexual.

The recognition of the “bi umbrella,” encompasses any non-monosexual identity or attraction. This means that orientations and identities such as pansexual, demisexual, polysexual, omnisexual, and more, can also be considered under the bi umbrella. This does not mean that all people need to be constrained by the “bi umbrella.” For example, some bisexual people have updated the definition of bisexual to be inclusive of all genders, whereas others have favored abandoning it for a new word that is frankly less confusing. An example of this is using the word pan because it does indeed mean “all,” rather than using the word “bi”, meaning two.

It's important to note that because of this, many individuals who identify as bisexual are oftentimes stigmatized, ridiculed, or even discriminated against because of their attraction to two genders. It's become quite a hot topic among the LGBTQIA+ community, and the term "biphobia" and "biphobic" has risen within the past couple of years as more and more people become open about their experiences as a bisexual person. It is also important to note that there is no right or wrong way to be bisexual, especially if you have never had sexual experiences with someone of the same gender. Your identity as a bisexual person matters and is valid, and bisexual people deserve to express themselves and come out in whatever way they want.

Victory (they/them) is a latine trans non-binary content creator, artist, social media expert, and community healer. With several years of experience as a mentor and advocate for the queer community, Victory boasts a passion for sexual wellness, trauma-informed healing, social justice issues, and intersectional advocacy for the LGBTQIA+ and BIPOC community. In their spare time, Victory enjoys spending time outside in nature, DJ'ing, creating art, playing video games, and playing with hula hoops and fire. You can find and support their community work, art, and business at @flowingfrequency on Instagram, TikTok, and Facebook.