Where Do Our Sexual Fetishes Come From?

Where Do Our Sexual Fetishes Come From?
How to... Lesbian Sex and... Lesbian Culture Home 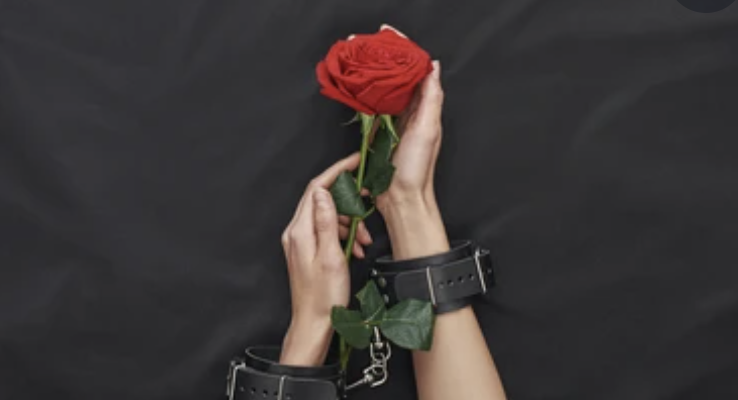 Yet, it is difficult to determine how many people have sexual fetishes, as there is often a stigma for disclosing preferences with others. Also, fetishes can differ among people.

While some might be attracted to a specific body part often not viewed as sexual, such as feet, others may become aroused by an object or a specific activity, such as dominance and submission or sadism and masochism.

As fetishes vary widely, many people can feel alone with a sexual interest, which is why they may keep it secret from others.

If you have a specific sexual interest, you might wonder how it developed. If so, continue reading to learn where sexual fetishes come from.

Signals crossing theory is a primary theory behind why people can develop specific fetishes, which might explain foot fetishism. It is believed senses in the human brain are mapped, and specific brain locations will correlate to specific body parts. A perfect example is the brain feeling triggered when genitals are stimulated, and part of the brain may be mapped to the feet, causing an interaction or overlap in neurons.

Due to the map overlap, feet can cause a person to feel sexually aroused, and they may have a desire to look, touch, or smell their own or another’s feet. Signals crossings theory is one of the best explanations behind foot fetishism, one of the most common sexual fetishes.

It might surprise you to learn that your childhood may have determined your sexual fetishes in adulthood. Early childhood imprinting theory features two theories: conditioning theory and trauma theory.

The conditioning model states that fetishes can develop when a stimulus supports a person’s sexual thoughts during their youth. For example, various studies have found that people may feel aroused when a non-sexual object, such as a specific clothing item, is paired with a sexually explicit photograph. It might be the reason why some people become aroused at the sight of a clothing item during sexual activity, such as a pair of high heels.

The trauma model states that fetishes may be determined by an emotional or physically traumatic experience during a person’s youth. For example, they might have grown up in a sexually restrictive home or have unresolved emotions from their childhood.

However, sex experts don’t believe that the conditioning and trauma theories are responsible for all kinks and fetishes, as not everyone develops a sexual interest in a specific object, item of clothing, or activity, such as age play.

Pavlovian conditioning is one theory behind kinks and fetishes. A 1960 study provided heterosexual men with various images of boots followed by shots of naked women. After repeating the process, the researchers found that men experienced sexual arousal when looking at boots.

Exposure to objects or imagery when sexually aroused could trigger a desire when viewing them outside of a sexual environment. As the brain will link the random object to sexual excitement, a person can develop a unique or common fetish. Also, people with high sex drives are more likely to develop fetishes, as they will be exposed to more objects or images when aroused, which they will then associate with sex.

Pain is a common sexual fetish for many people, especially those who enjoy bondage, submission, or sadomasochism. It is a common sexual interest among many people, and various studies have found a link between pain and sexual pleasure. Both require the release of the same neurotransmitters and brain chemicals, including serotonin and endorphins. As a result, the chemicals might cause some people to experience the enjoyment of pain during intercourse.

The gross-out theory states that people may become more liberal when in a heightened state of sexual arousal. What they might view as disgusting in everyday life, they may enjoy during a sexual act. For example, they might enjoy otherwise repulsive objects or fluids, such as urine, feet, or spit.

If the gross-out theory is correct, it could explain why many people enjoy golden showers. Also, a person might be more likely to embark on a sexual act they wouldn’t ordinarily consider, such as watching a partner having sex with someone else. If they enjoyed the act once, they might want to explore the stimulus again by repeating the act or building on it, which will create a sexual fetish.

As you can see, there isn’t one cause of fetishes, as different factors can determine a person’s sexual interest, which may vary from role-playing, foot fetishism, or intercourse with a submissive partner. While studies have provided an insight into the cause of various sexual fetishes, there is no concrete evidence about how sexual interests and fantasies develop.

What’s most important is people embark on sexual activities that are positive for their physical and mental health. Also, others involved must consent to an act, and a safe word should be agreed to protect everyone’s boundaries and enjoyment. If you still have questions about a kink or fetish, it might help to book an appointment with an experienced sex therapist to gain a deeper insight into your fantasies and interests.